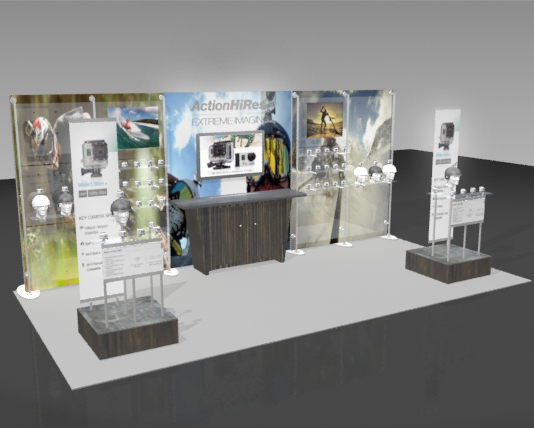 Even though the recession led companies to curtail trade show appearances, many of those companies have returned to exhibiting at trade shows for two simple reasons:

Because it’s trade show season, there’s no better time than the present to go over some trade show marketing basics so you can make the most of your budget. Let’s look at some of the primary questions you should be asking as you prepare to exhibit.

What should be the focus of your trade show marketing?

Once you have decided on a direction or theme, make sure it is reinforced in the trade show booth design as well as in all collateral and promotional items distributed at the show.

How do you get people to stop by your booth? There are many things you can do to drive people to your booth, and the following tactics have been proven to work for many businesses:

How should you prepare your trade show booth? The booth design itself should be clean, easy-to-read and relate to the overall message/theme. On average, you have under 5 seconds to catch a passerby’s attention, so the creative should function like a billboard, with a dominant image and very little text.

As for booth layout and staff, here are a few things to keep in mind:

Please fill out the form and attach the file you want to upload to us.